My birthday was two days after Nate, but we didn't get any pictures of it. Silly me. Three days after that Joseph turned 7!

We threw a "How to Train your Dragon" party.
This was the viking tablecloth we used. 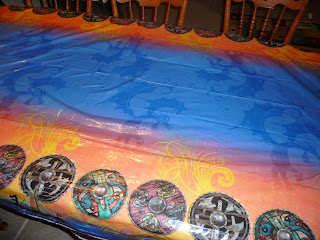 The dragons were breathing fire down on us from the sky!
We ate "dragon meat" (dinosaur chicken nuggets) "dragon scales" (chips) and drank "Hero punch." 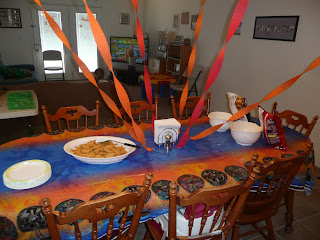 When the kids arrived they made viking swords. This is Joseph's friend Michael from school. 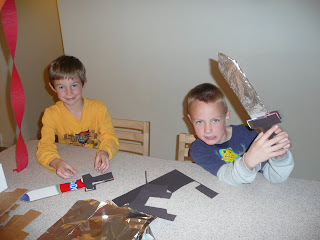 Then it was present time! 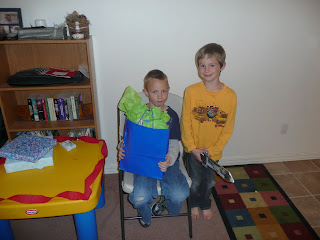 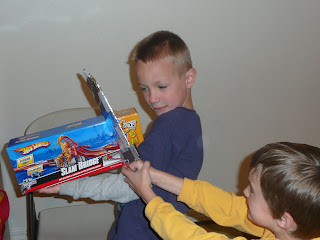 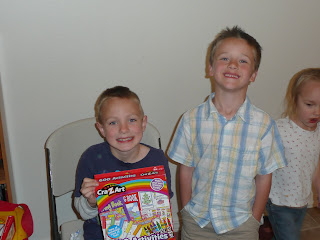 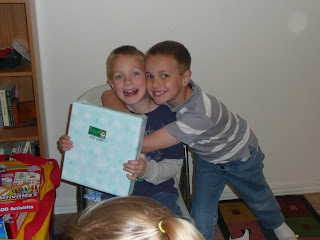 Joseph was happy about this gift! 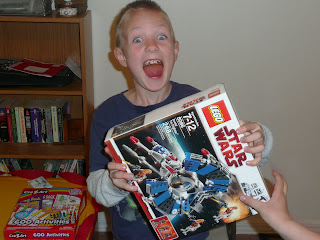 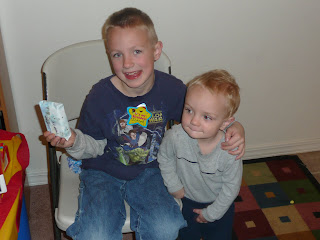 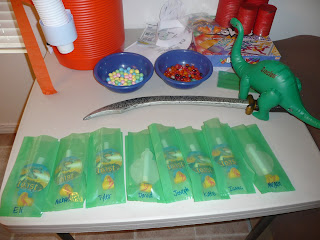 The dragon pinata they had to fight! 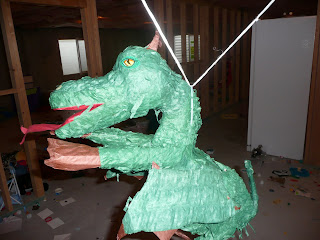 This is Joseph going in for the kill! 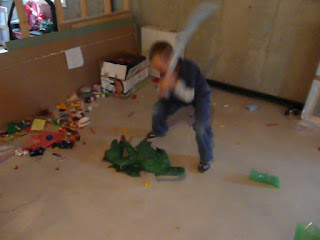 Then we had cake and ice cream. 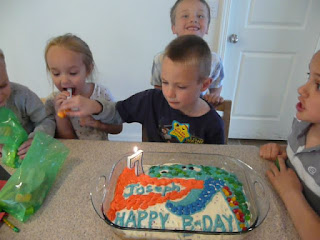 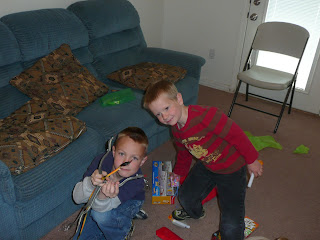 Eli is trying to play "heavy, heavy hangs-over" It was a poster of Percy Jackson. 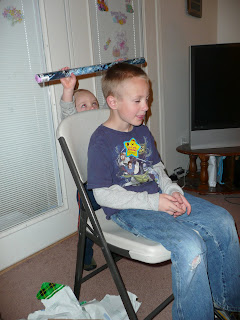 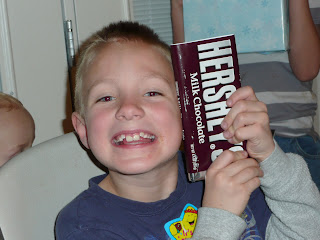 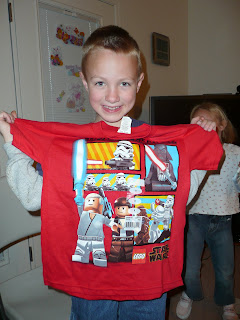 How to Draw Star Wars and How to Train your Dragon, the book. 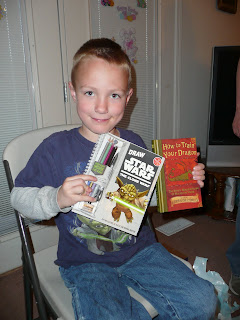 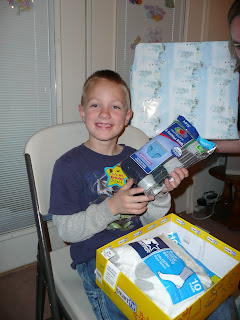 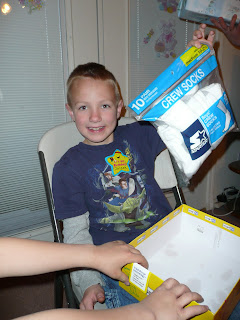 Daddy having his turn. 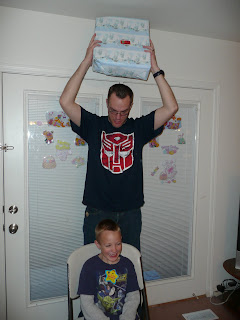 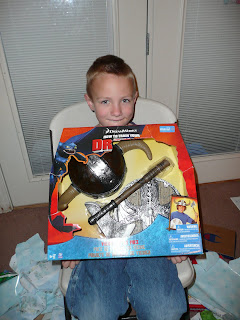 The great dragon cake Nate made. 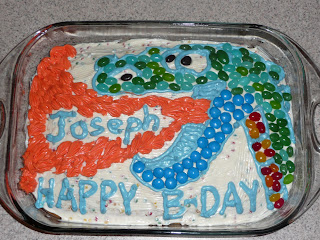 What a handsome boy! And what a great cake!

You're such a fun mom! I need some lessons :)